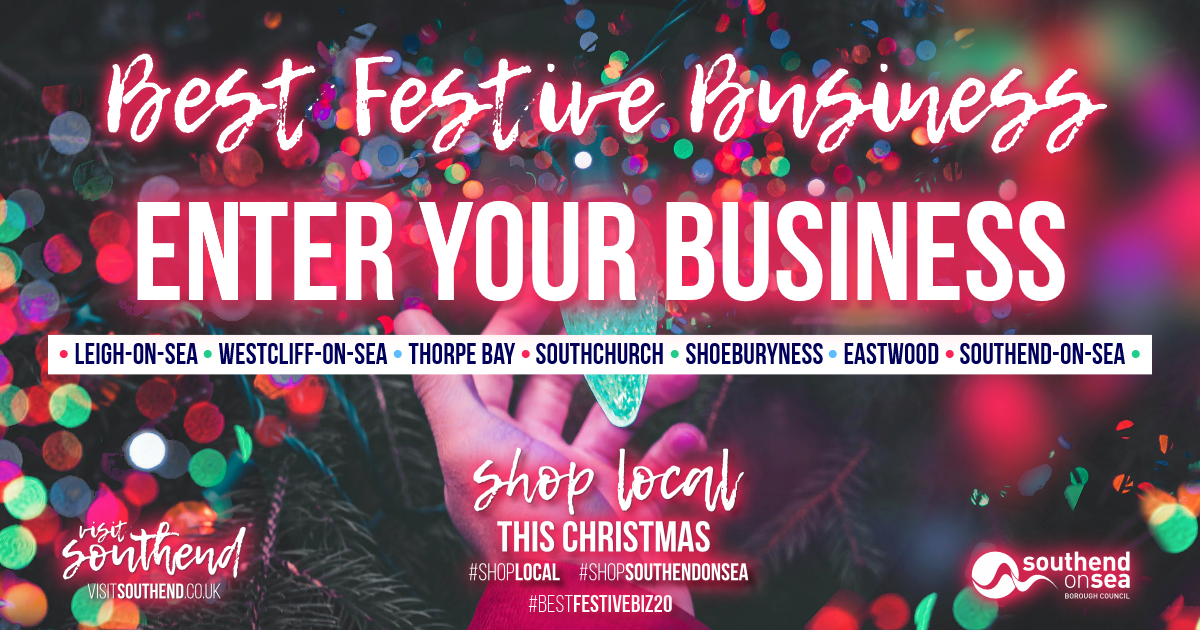 The winner and runners up of the 2020Best Festive Business competition have been announced, with Chantilly Lace Bridalwear from Westcliff-on-Sea winning the public vote.

Originally only the first place winner would receive a promotional video production worth £500 by Blatella Films – a local Southend-on-Sea firm. The sponsor however has come forward to extent their prizes to the runners up too, as the results were so close (only one vote difference between the top two). Ben and Natalie Scarsbrook from Blatella Films hope that this offer will support the winners in their recovery in 2021 after such a challenging year for the whole retail and hospitality sector.

The winner and runners up will be congratulated by The Worshipful The Mayor, Cllr John Lamb on Monday 21 December, with a certificate of achievement.